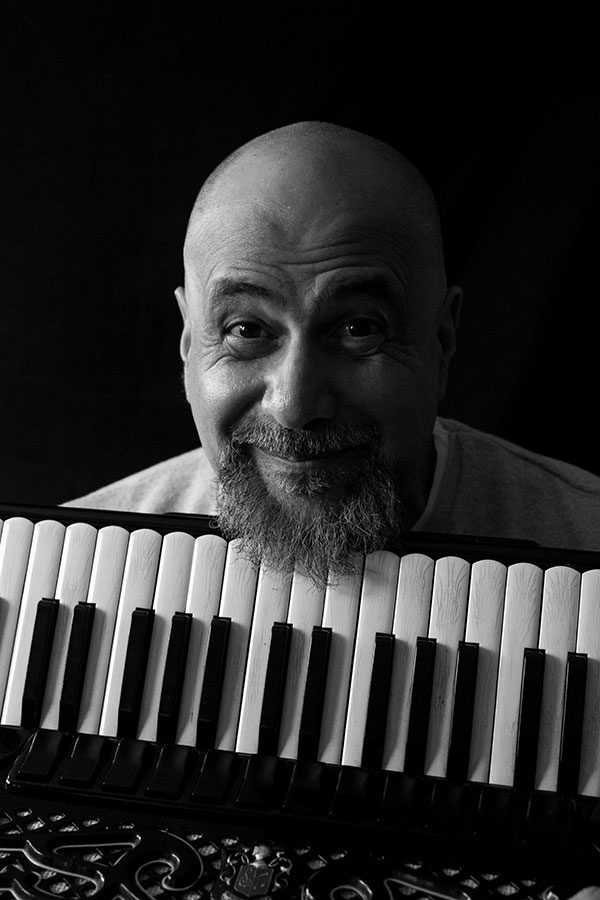 And owns a large participation in hundreds of CDs and Shows of important artists, such as Gilberto Gil, Maria Bethania, Maria Schneider, Lenine, symphonic Jazz Orchestra and Osesp among others.

He has 15 solo and in partnership CDs with three indications for the Latin Grammy Awardfor the records: 2000 – CD Sanfonemas; 2014 – CD Festa na Roça (with Neymar Dias) and in 2019 – CD Folia de Reis (with Edu Ribeiro and Fabio Peron). He also has nominations for the TIM Award, for the São Paulo State Governor Award and the Brazilian Music Award. He received the Azorean Music Trophy in 2014/2015 as an erudite composer as well as the Cata-Vento Trophy 2015 for the ‘Como Manda o Figurino’ CD (in partnership with Bebê Kramer) In July, 2017, he was awarded as the best instrumental soloist category in the 28º Brazilian Music Award.

He’s the creator of the online course “Mechanism, technique for the accordionist”, under the direction of Eliomar Landim.