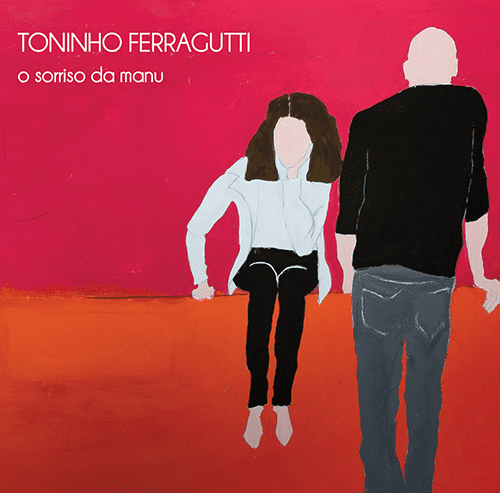 Making use of the sonority of a small orchestra, Toninho Ferragutti presents his new album “O Sorriso da Manu”

The genesis of the album are the compositions made for the show “Luceros Group Dance Toninho Ferragutti”, under the artistic direction of Clarisse Abujamra, in which the dancers present themselves under the sound of a quartet formed by an accordion, percussion, clarinet and acoustic bass . Over time, the compositions took on a life of their own an in and being shown in an instrumental version concurrently to the dance show and high minded with the results, Ferragutti then decided to register the compositions in an album. To the already mounted group with Alexandre Ribeiro (clarinet), Beto Angerosa(Percussion), Zé Alexandre Carvalho (Acustic Bass), Toninho added the Paulo Braga piano and the string quartet formed by Ricardo Takahashi, Liliana Chiriac (violins), Adriana Schincariol (viola) and Raiff Dantas Barreto (cello) forming a small orchestra that fuses several languages.

The songs ‘Paçoquinha’, dedicated to Olívia, his older daughter; ‘Trilha feita à Lápis’, ‘Trilha feita à mão’ and ‘Choro da Madrugada’, which are songs with different stories that were added to the album.

Another highlight of the new album is the way as it was registered. “Usually, when we work in a studio, the atmosphere is cold, each musician arrives on a different time and records his part singly. My intent was having a warm atmosphere”, says Ferragutti. He’s got what he wanted by recording everything live, with all the musicians playing together, on the stage of the Fecap Theater in São Paulo city, as it was a concert but without the presence of the public. “We took advantage of the acoustics of that theater, which was built exactly to produce this kind of sound I appreciate”.

By the hands of Ferragutti, the Brazilian accordion has earned a new projection on the last years. His praised by the critics individual discography, in addition to hundreds of participations in other artists recordings, demonstrate the sonorous richness of an instrument full of possibilities.

The task of adapting the songs for this formation was shared between the arrangers Edson José Alves, Rodrigo Morte, Neymar Dias, Alexandre Mihanovitch and Adail Fernandes.

Produced with resources from the Cultural Action from São Paulo State Program (PROAC), the disk was recorded on the stage of the Fecap Theater in just three six hours sessions – which shows the intermeshing of the musicians. “This was the plan from the beginning: all of us playing live and together, with no audience but with the acoustics of the theater” celebrates Ferragutti, who baptized the album after a song he composed in honor of his daughter.

(All the songs were composed by Toninho Ferragutti)